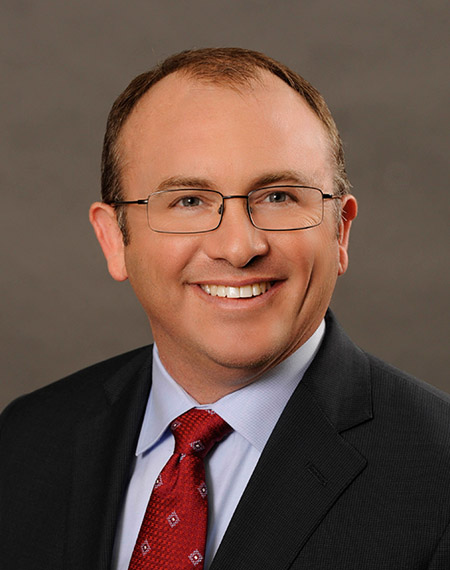 Matthew Clark practices law in both state and federal court throughout Indiana and Illinois. Since joining Knight, Hoppe, Kurnik & Knight, his cases focus in the areas of civil rights defense and negligence claims against municipalities, police departments, governmental officials, police officers, mayors, board members, prosecutors, schools, and all officials and departments involved in local and county governments. Matt has had great success in both the court room at the motion and trial stage of civil litigation and the appellate level.

Most often, Matt represents municipalities and officials in areas of civil liability claims including Section 1983 constitutional law claims involving use of force and false arrest, employment litigation practices including Title VII and investigations by the EEOC and Department of Labor, and negligence claims involving trip and falls on governmental properties. However, he defends claims against private entities involving general civil liability including construction negligence cases and worked with not-for-profit organizations. Matt has given speeches and training for clients in civil rights and employment law.

Prior to joining the firm, Matt started in the court rooms of Juvenile Court representing abused and neglected children handling thousands of cases in front of the Chief Judge and helping create a civil rights division to fight for their rights. Also, he served as staff attorney for the Department of Human Rights setting precedent for employment practices and learning the intracacies of how state government works.

Since joining the firm in 2000, Matt developed a diverse practice with create success at the motion stage obtaining the grants of motions to dismiss and motions for summary judgment provided for cost-effective results for clients, while also creating law for others. However, as necessary, Matt has had success in trials and at the appellate courts in both state and federal court. He is mindful of the objectives of each clients and puts forth a defense in mind for each client, keeping the client informed and apart of each case assigned. At the firm, Matt serves as the managing partner and handles administrative duties with the other partners.

Matt obtained summary judgment from Judge Miller in the Northern District of Indiana involving false arrest claims relating to a garage that burned down as a result of a methamphetamine laboratory explosion. The Seventh Circuit affirmed based on qualified immunity establishing and furthering the burden shifting analysis of qualified immunity. The Wheeler v. Lawson case has been cited over 500 times by other courts.

Matt first chaired and conducted a trial with Elizabeth Knight in the Northern District of Indiana representing a police officer accused of using excessive force. After a five day trial, the jury returned a verdict on behalf of the defendants. The Suarez v. Burns Harbor case was affirmed by the Seventh Circuit.

Matt second chaired  and assisted Byron Knight in a trial in the Northern District of Illinois involving a claim of construction negligence related to the construction of Soldier Field. Plaintiff sought over $20 million from the jury as a result of serious injury, but the jury found for the defendant. The Aguirre v. TBMK case was affirmed by the Seventh Circuit.

The Illinois Appellate Court affirmed the grant of summary judgment on the first impression of the revised Illinois School Code permitting the use of teacher performance evaluations as part of a reduced in force. Assisted by Amanda Zdarsky, the trial court and the appellate court agreed that the use of evaluations was authorized by the Illinois legislature in the Pioli v. North Chicago case.

In assisting Byron Knight, the Indiana Supreme Court overturned the trial court and appellate court’s decision and fifty years of legal precedent which prevented municipalities from using public safety concerns in land use decisions. The Indiana Supreme Court in Groninger v. Fulton County agreed that municipal entities should be permitted to consider safety of the public when deciding the construction of an entrance to a subdivision.

Taylor v. City of Lawrenceburg, 909 F.3d 177 (7th Cir. 2018). The Seventh Circuit affirmed the grant of summary judgment of the Southern District of Indiana court in which the plaintiff alleged wrongful termination under Section 1983 First Amendment claim and state law theories. Plaintiff alleged that the City terminated his employment as a police officer as a result of his report of criminal activity by the City as a whistleblower. The Court held that plaintiff was estopped from pursuing the claim based on his failure to appeal the Board’s decision to terminate and otherwise failed to state a claim.

Swisher v. Porter County Sheriff’s Department, 761 Fed. Appx. 616 (7th Cir 2019). The Seventh Circuit affirmed the grant of summary judgment of the Northern District of Indiana Court in which plaintiff alleged failure to provide medical care and the the Sheriff was deliberately indifferent to his medical needs. The Court held that plaintiff failed to meet his burden and provide sufficient evidence to establish a prima facie case against the Sheriff in both an individual and official capacity claim and that the medical provider for the County provided sufficient care.

Marnocha v. City of Elkhart, 400 F.Supp.3d. 735 (N.D.Ind 2019). The district court granted summary judgment as to Plaintiff’s claims that the City terminated her employment as an assistant city attorney based on a violation of her First Amendment political activity and her age and gender. Plaintiff alleged that she supported a different mayoral candidate and that a similarly situated male attorney was not terminated. The district court held that she held a policymaker position and that she could not pursue such claims under Elrod/Branti. Further, the court held that there was no evidence to otherwise support her claims.

In Alexander v. Village of Round Lake, et al., 2018 WL 6428083 (N.D. Ill 2018), the district court granted summary judgment of Plaintiff’s claims of excessive force under the 4th Amendment. Plaintiff alleged that the officers involved used excessive force in removing her from a squad car and forcing her to the ground. The Court held that Plaintiff failed to meet her prima facie case and that the force used by officers was reasonably necessary to effectuate the arrest.

In Gave v. City of Lincoln, IL, 2016 L 9 (Logan County Court), the court granted the City’s motion to dismiss based on statute of repose. Plaintiff alleged serious injuries and six figure damages as a result of tripping on a city sidewalk. The Court held that the sidewalk conditions existed as part of the city’s sidewalk system that was present for more than 10 years.

In GMI Recycling v. Town of Merrillville, IN (Lake County Circuit Court), Case No. 45D02-1805-PL-36, Plaintiff alleged that it did not receive the Town’s waste management contract in violation of Indiana law. The Court held that there was no private right of action under Indiana law, did not file a timely appeal, and otherwise failed to state a claim.